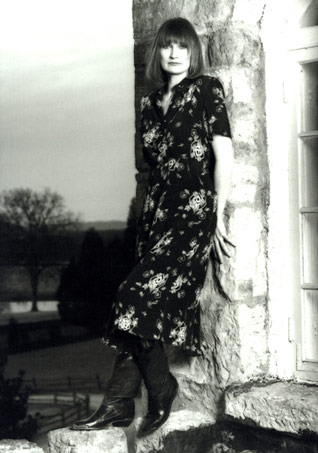 "Gail Davies is one of the most important and influential female singer/songwriters to have been involved in country music in the past 30 years. She was the first woman to produce her own records and is cited by today's pop/country divas as their role model, the girl who kicked open the closed doors on Music Row." – MAVERICK MAGAZINE

"Country's new tide of self-directed women owes a large debt of gratitude to Gail Davies who was the first woman to produce, write and arrange her own records. Her musical standards will be setting standards for many years to come." – USA TODAY

"Gail Davies has long been one of Nashville's most iconoclastic writers and performers. From her start in the 1970's, she showed a determination to control her career that was unheard of for women. Naturally, Nashville repaid her with a cold shoulder. Still, Davies has trudged on, making thoughtful country-folk music that has clearly influenced the likes of Mary Chapin-Carpenter and others." – NO DEPRESSION MAGAZINE

"Aside from being a rarity in country music as a female producer, Gail Davies is also noteworthy for her outstanding performing talents. Her latest album's thrust is well defined and Davies seems sure of herself as she shifts from style to style, while still retaining her own mark. There is no doubt that Gail Davies is a very smart performer!" – ROLLING STONE

"Gail Davies consistently puts out some of the most engaging and stylishly produced albums in popular music today. Her newest, produced by Davies with her usual command and verve, further showcases her stubborn streak of individuality as she continues to record songs that turn her head instead of songs that sound like what everyone else is doing. She's an accomplished singer with a voice that comes from somewhere outside country music (possibly even jazz/rock fusion). Gail Davies has always been a favorite of folks who like their country music a little on the cerebral side." – PEOPLE MAGAZINE

"Although she is one of the most talented and versatile women in pop music today, Gail Davies' steadfast insistence on maintaining artistic control has probably hindered her success as a 'country girl singer' but just as well... Although she clings proudly to her Oklahoma roots, born in Broken Bow, she also ventures boldly into R&B with jazz inflections and some hard knockin' rock and roll. Without question, as a singer, songwriter and record producer, Gail Davies is one of the most intelligent artists to emerge from Nashville in the past 40 years." – MIX MAGAZINE

"Gail Davies has been responsible for some of the best albums to emerge from Nashville over the past three decades. The reason she's not more heralded is the same reason she's so good: Her music has an uncompromising intelligence and freshness that often exceeds the low expectations of the Nashville music industry. She is one of the most vital and progressive artists in this business." – NEW COUNTRY MAGAZINE

"For over three decades now, Gail Davies has been a music pioneer, pushing the boundaries of what women can say while broadening the possibilities of what's accepted as a country arrangement. She isn't better known, at least in part, because of her career-long refusal to compromise but every successful female country singer around today owes her a nod of thanks." – THE TENNESSEAN

"Damned if you don't have to love Gail Davies for all of the same reasons that Music Row could never figure out how to take her. She's back now with her first album of new music in years and she still hasn't stopped insisting on being in control... As a producer and an aritst, this woman is indeed an original stylist." – COUNTRY MUSIC MAGAZINE

"Critics have been scratching their heads for years over why Gail Davies isn't a superstar. Too rock and roll for country radio or just too unpredictable to be packaged? Since her arrival in Nashville in the mid 70's, she has never made a bad album." – NEWSWEEK MAGAZINE

"Talk about being ahead of your time! Back in the eighties, Gail Davies was a voice in the Nashville wilderness. She was the first female record producer on Music Row. She wrote her own songs, produced her own albums and for a while helmed the country/rock band, Wild Choir. Female artists are doing all the heavy lifting in Nashville these days so a renewed appreciation of a trailblazer like Gail Davies is long overdue. " – AUSTIN CHRONICLE

"With the release of her new album, Eclectic, Gail Davies reclaims her ranking as one of the most creative figures on the Nashville music scene. And, since she wrote all the songs, produced it, and issued it on her own Little Chickadee label, she is clearly one of the most industrious as well." – BILLBOARD MAGAZINE

“For years Gail Davies has been like one of music's private treasures, jealously hoarded by a relative handful as someone special, a sort of gourmet's delight. She has been adored by critics, highly respected by musicians, songwriters and fellow artists alike and beloved by a hard core of music connoisseurs. She was also the first female record producer in Nashville. I asked her why that was so important to her and she replied, without any hesitation, "Because I'm good at it." My first reaction to such a statement from a normally understated woman like Davies was to laugh. But it was no joke. Modesty is a virtue but false modesty and female self-effacement are not the lady's style. There is nothing of the weepy, down-trodden, victimized woman in her singing or in her personality. " – HER MUSIC IS HER OWN a book by William Zmudka